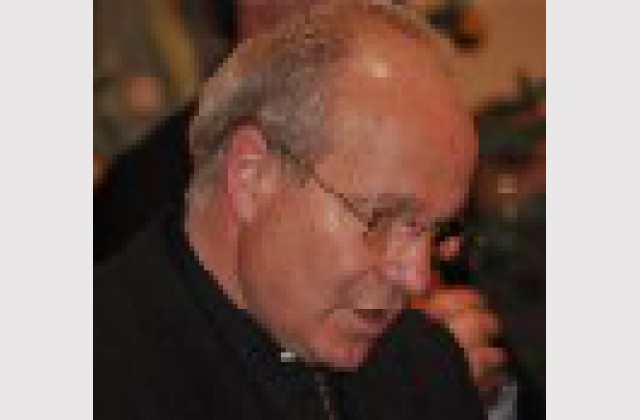 On Monday, December 28th, 2oo9, Cardinal Dr. Christoph Schönborn, the archbishop of the archdiocese of Vienna, was warmly welcomed in Medjugorje by the franciscans.

The cardinal pointed out, that his visit to Medjugorje is the result of many positive outcomes of Medjugorje he had already registered. He wants to get to know the pastoral of the Mother of God, which can be experienced in Medjugorje. He also wants to spend the time in  Medjugorje with prayers.

If it is the will of God, the archbishop said, he shall be bishop for ten more years. During that period of time, he wants to be a god shepherd, guided by God. The Mother of God may help him on his way.

On Tuesday, December 29th, 2009, the cardinal visited the Podbrdo, the"Hill of Appearance". Marija Pavlovic-Lunetti, one of the people whom the Virgin appears, spoke about the occurrences of the early days. The cardinal was affected by the plain appearance of that place of prayers.