Days of contemplation with scholars of the "Bischöfliches Gymnasium Graz-Seckau" 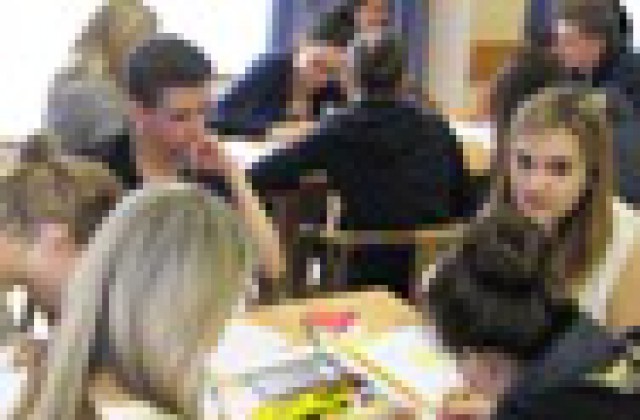 From March 24th to March 26th, 2014, Fr. Hannes Saurugg and Sr. Renate Fischer had organized days of contemplation for the scholars of the 7b-class from the "Bischöfliches Gymnasium Graz-Seckau", a secondary school at Graz (Styria). They had some support from Roman Kriebernegg from the seminary for priest-students at Graz.

"I am man" was the theme of the first evening. The scholars were invited to find out the sensibility of their own senses in a "corridor of senses" - some impressions were quit new for the 19 scholars.

"Annunciation" was the topic of March 25th. "God becomes a human being" was the headline of the impuls given by Fr. Hannes, who presented the understanding of it in the meaning of franciscan spirituality.

In the afternoon, the group celebrated the holy mass at the "St. Rupprechts-Church", a short walk away from the monastery.

In the evening, there was a discussion on vocation, life in a monastery etc.; then, they have played "Werwolf".

On Wednesday, after breakfast, the programme started with the theme "Eucharisty means thanksgiving". Using their own words, the participants expressed their thanks to God.

The days of contemplation ended with lunch, held in common.