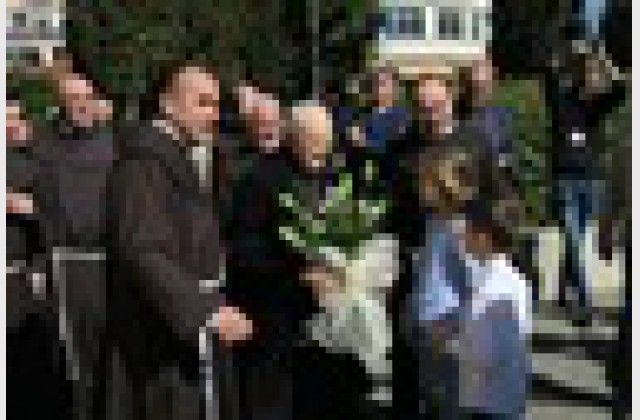 On February 11th, 2017, the Holy Father, Pope Francis has designated Henryk Hoser, the archbishop of the diocese Warsaw-Praga (Poland) as papal nuncio with special responsibilities on Medjugorje.

Now, from March 29th to April 5th, the archbishop has visited Medjugorje to get an impression on the pastoral work done in Medjugorje. Until the end of summer 2017, a summary of his visit is expected.

For Medjugorje and for our community "St. Mary, Queen of Peace", which has its roots in the impulses given at Medjugorje, the visit was a great pleasure.