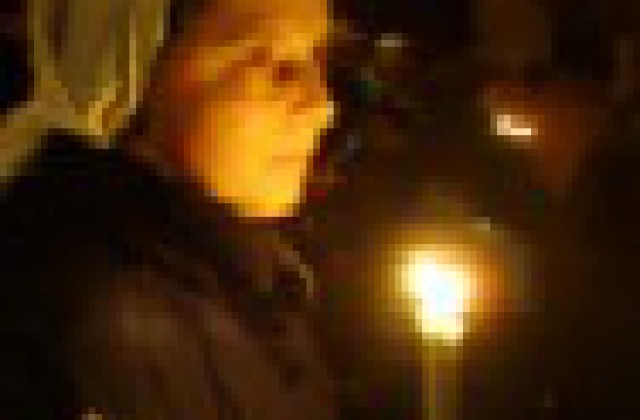 From March 11th to 13th, the second diocesan assembly of the archdiocese of Vienna took place at St. Stephan´s cathedral in Vienna. The main topic of the assembly was the great missionary project "Acts of the Apostles 2010". Among the in about 1.500 delegates from the parishes of the archdiocese and members of orders, there were two members of our community "St. Mary, Queen of Peace" from styria and two members from Maria Lanzendorf, who were accompanied by one uninitiated from the parish.
» to picture gallery
» to homepage Acts of the Apostles 2010 (sorry, only in german)

After a short pass in review on the first diocesan assembly, in his opening address the archbishop of Vienna, cardinal Christoph Schönborn spoke about the "Turning point of hope", the Wendepunkt der Hoffnung (sorry, only in german), in the church.

He was visibly taken aback about the actual blames about sexual misuse of minors by initiated members of the church. He offered all his compassion to the victims and claimed a new begin within the church.

In lectures, discussions and workshops the benefits in preaching, in living the word of Jesus Christ, were explained and discussed. In the focus of the assembly, there was the missionary project of the archdiocese "Acts of the Apostles 2010", and how to be an apostle in 2010 who brings Jesus Christ´s word to the people.

The assembly ended with a great sending out service at St. Stephan´s cathedral, held by cardinal Christoph Schönborn, to send the participants out to their homes, their parishes, their places of working and living.